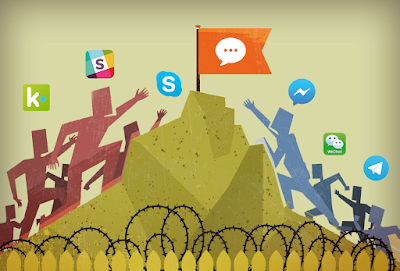 Conversational UX design is evolving as more and more apps begin to incorporate conversational UI functionality. While the concept of a messenger-centric UI can seem simple, the melding of a messaging-first user experience is nothing to underestimate. Conversational user interfaces can be simple for humans to interact with (you are just chatting back and forth), however, blending in and balancing rich visualization and complex interactions is not simple to get right. Just like any other UX, it is a balance of minimalism while allowing for rich expressiveness in the UI without overwhelming the user.

Slack is one of the leading platforms for building bots, especially for enterprise applications. However Slack has a number of bot conversational UX features that are still missing relative to other platforms such as FB Messenger, for example. Here is my compiled list of features I would like to see in Slack's bot framework to improve its messaging UX and bring it on par with platforms like FB Messenger:

1) Conversational Streams and UI Alignment
Slack bots (especially in direct-messaging one-on-one dialog flows) force the bot and the user to both be left justified in the messaging UI stream. This goes against UI norms found in the majority of messaging application and related best practices for messaging apps. Typically in a streaming messaging flow, your conversational stream (you being the person interacting with the bot) is on the right of the screen and the party you are talking to (in this case the bot) is on the left side of the screen (or it can be visa-versa).

3) WebView Integration
Slack does not have explicit support for messaging buttons that open a webview UI. Sometimes a webview is needed to show rich web content (again here this kind of feature should not be abused). FB Messenger has this ability and allows for controlling how the webview window is opened and closed. This can be mimicked in Slack by using embedding links in the "field" elements for example, but is a bit of a hack.

4) Quick Reply Buttons
One particularly nice feature I got accustomed to using in Facebook Messenger is the feature referred to as "Quick Reply". This allows the bot to display "Quick Reply" buttons that are shortcuts for the user to enter commands that they would normally have to type.

There is a away to mimic quick replies in Slack, but it again, it is a bit of hack. Check this open source node/slack project for an example of how this works with Slack. Quick replies are a real necessity in a rich messaging interaction. Again here, I hope that Slack adds this feature natively instead of making bot frameworks jump through hoops to  emulate this feature.

FB Messenger might have some superior bot-to-human interaction and UX functionality, but it inherently lacks the team collaboration functionality and the many third-party integrations that Slack has to offer. Perhaps FB Workspace might have something to offer down the road, but it has a long way to go in order to catch up with Slack.
Posted by Sam Taha at 2:17:00 PM