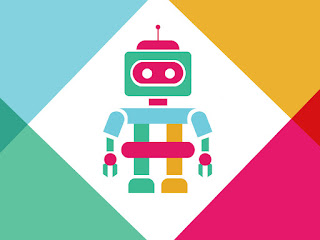 The shift in the market is undeniable. Bots are beginning to challenge the established mobile app store ecosystem. There is plenty of evidence that mobile app adoption has plateaued and that the average user has lost their excitement for downloading and experimenting with new apps. There are more than 2 million apps in the Apple app store now! Ask the average mobile developer - it is almost impossible to get your app noticed or discovered in such a crowded space. Apps will always be with us, much like desktop applications and the company website, but there is a sea change.

Disruption and the New Players

It is becoming clear that jumping from one mobile app to the other is not a great experience for most users (especially for enterprise users) and this is giving messaging apps like Slack and Facebook Messenger the opportunity to become the new app/bot marketplace. GUI-less bots are more easy for users to transition from and to, and they make it seamless to switch between bots and more natural to interact with an application service using human like conversation (something people are already doing in droves on messaging apps). These bots are basically mini-apps with conversational interfaces. Slack (for the enterprise) and FB Messenger (for consumers) are both becoming the new application playground; and the promise of an AI enabled world is lurking within them to provide a user experience that traditional GUI apps are not capable of.

Microsoft is chasing Slack (using Skype) to establish itself in the enterprise team messaging market and in this new emerging bot marketplace. For Microsoft, this is obviously an opportunity to disrupt the mobile app market (where they have lost) and establish an early beachhead with bots, AI and enterprise team communication. Microsoft has clearly been leading the charge with products like Cortana, LUIS and their Bot Framework. All the other big players are in the bot and AI game as well, and the race is definitely on for who can deliver the best bot solution for developers. There is a new land grab in the making between the big tech giants, developers and startups. 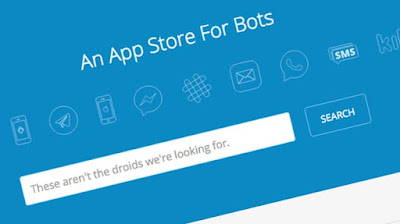 How Do I Deliver My Bots?

I describe all this because to deliver conversational applications (aka bots) to end users, developers need a platform and a bot marketplace. Messaging apps will be that vehicle to supplant the traditional app store ecosystem, because building your own custom bot infused mobile app will not be the way to go for most developers in the future. Building a custom mobile app for your bot might still be possible in some situations where an app already has an established user base - like a banking app - but for the average bot developer messaging apps, like Slack, will be the delivery platform.

I think the future model for developers will be to deliver their bots and AI conversational services through tools like Slack and possibly others popular "platform messaging apps" such as Cisco Spark, HipChat, Fowdock, FB Messenger, Skype, Kik, and others. All these messaging centric platform apps are already spreading fast through the corporate and consumer world. Developers will be leveraging these messaging platforms to deliver their AI services in the form of bots and conversational user interfaces . Mobile app stores will always be with us, but the game is changing. The new AI marketplace is happening now, get your bots ready!
Posted by Sam Taha at 8:13:00 PM