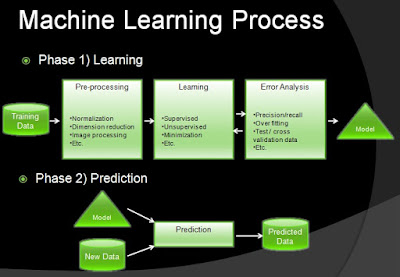 I always found it a bit difficult to explain how labeled and non-labeled data sets factored into machine learning algorithms and the related training/modeling process. This short explanation I found on stackoverflow helped crystalize it for me:

I tend to think of supervision as giving feedback to the algorithm about what solutions should be preferred. For a traditional supervised setting, such as spam detection, you tell the algorithm "don't make any mistakes on the training set"; for a traditional unsupervised setting, such as clustering, you tell the algorithm "points that are close to each other should be in the same cluster". It just so happens that, the first form of feedback is a lot more specific than the latter.

In short, when someone says 'supervised', think classification, when they say 'unsupervised' think clustering and try not to worry too much about it beyond that.