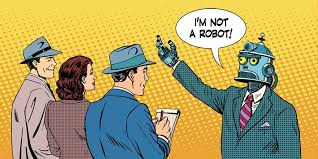 I generally agree that the chat and NLP capabilities of a chatbot should not be seen as an end unto itself. Voice and text/messaging skills are just tools for reducing the friction between the end user and the device/application.

GUIs will go the way of the Dinosaur

For the last 30+ years we have seen graphical user interfaces grow in visual richness, but this is an evolutionary dead end. The future of human-to-device interface is Streaming-UI applications. Visually fixed and structurally static GUIs are the past. The future will be dominated by applications that "stream" a conversational conscientiousness and user experience using a fluid mixture of text, voice and point and click widgets/controls.

A Future of Streaming User Interaction

We need to stop calling the new crop of intelligent applications "virtual assistants" and "chatbots" - they are Streaming-UI applications that blend voice/text/point-click with a good dash of AI, NLP and other related technology. They are not rigid or fixed, instead they are streaming across the screen and across conversational time. So stop calling them "chatbots". They are Streaming-UIs and they will need a whole new way of thinking, development/design skills and tools to build them well. The user experience and application building rules have changed.
Posted by Sam Taha at 10:53:00 AM No comments: